WCC’s current legal form is an ‘Unincorporated Association’.   During 2019-20, WCC is planning to become a Scottish Charitable Incorporated Organisation (SCIO). An incorporated charity has certain advantages over an unincorporated charity; for example it has a legal personality and the liability of the Charity Trustees is limited.

OSCR lays down a process for changing from an Unincorporated Association to a SCIO, which involves the following 6 steps: 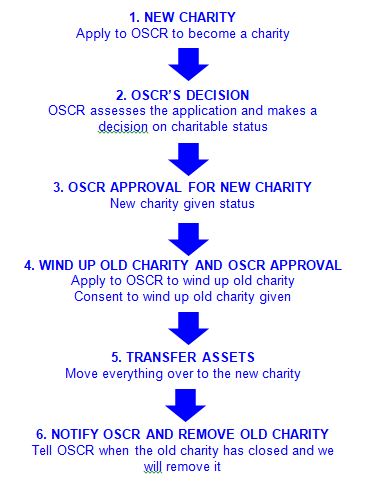 To begin this process, WCC needs to make some changes to its current constitution and to draw up a new constitution for the WCC SCIO. It also needs to consult with the Scottish Episcopal Church on certain aspects of the transition.

This page will be updated as WCC proceeds through the OSCR process, and relevant documents will be added as they become available.
​

9 July 2019
Changes to the existing constitution and the constitution for the new SCIO have been sent to the Diocese.

25 September 2019
The new SCIO Constitution was submitted to OSCR for approval.